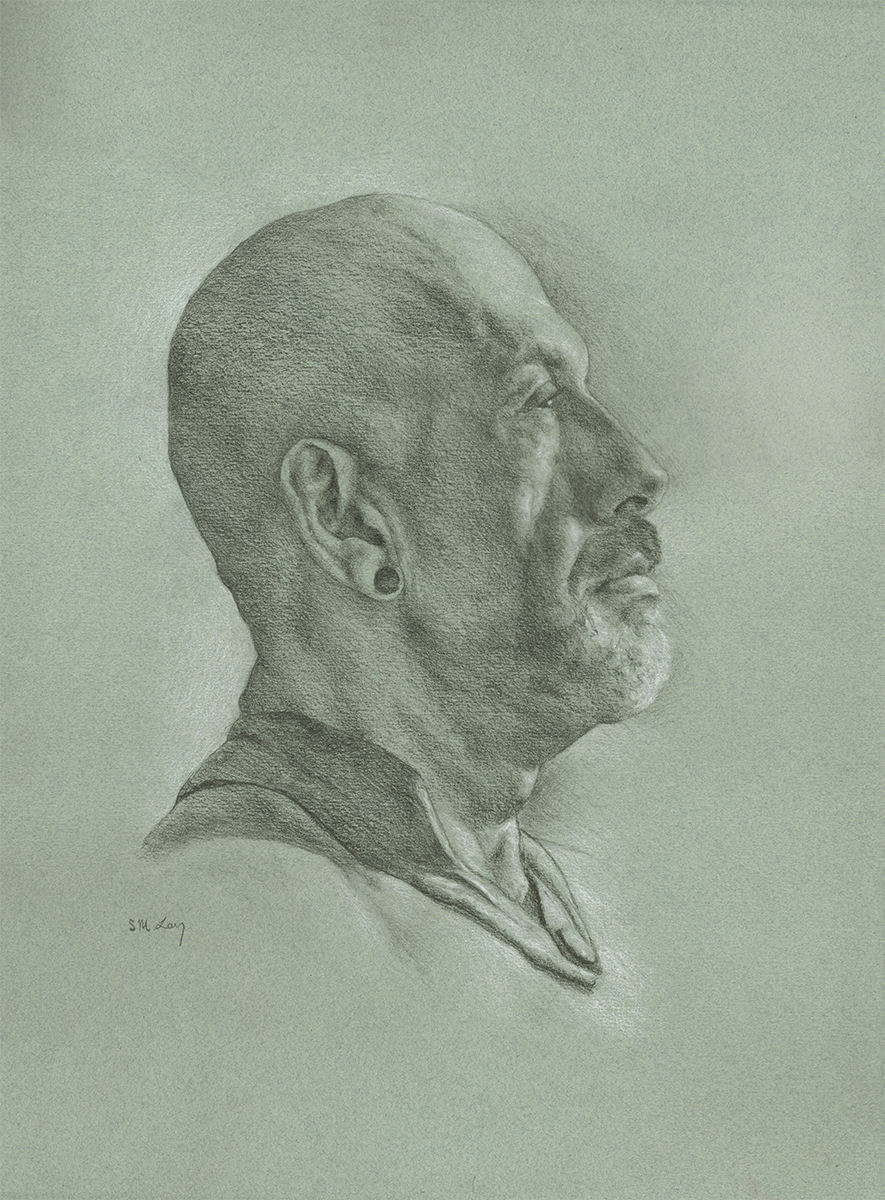 Want someone to buy this for you? Email them this page!

This is one of my favourite portraits I’ve ever drawn.

Gustavo is a legend and an institution in the life drawing scene in my city and is instantly recognisable to many artists here. To say he’s been drawn thousands of times over the years is likely an understatement.

So I took it as an incredible compliment when he told me that this was one of the best portraits of himself that he’d ever seen.

Maybe he was just being nice, but my ego and I like to think that he was sincere.

I love this portrait because I love a good profile. There’s a nobility to the pose here, like an emperor on a Roman coin.

There’s also a deep satisfaction in finessing the edge of someone’s profile – to stop it from feeling flat, the lines need to be handled with nuance and delicacy. You want to convey the sense that his face carries on out of your sightline, and he isn’t just half a head.